Any device in science is a window on to nature, an each new window contributes to the breadth of our view.” (Cecil Frank Powell, 1903-1969)

Green energy is the path to a cleaner future, both for us and for those who follow after us. Scientists worldwide are struggling for decades to find sources of energy as cheap and eco-friendly as possible. In the 21st century green energy has become a political issue. Many governments are making efforts to reduce CO2 emissions.

With the Kyoto treaty more than 127 countries around the world, including Romania, have pledged to reduce the emission of greenhouse gases.

Renewable energy, besides helping to reduce CO2 emissions for electricity generation, have the great advantage of being inexhaustible and free. Their operation more efficient is the duty of scientists and engineers.

Solar energy is the one given by the Sun. The current technology allows us to harvest these resource in order to transform it into electricity. Many researchers are making studies for this technology to be more productive and progress is being made every day. At present this technology is widely used successfully in countries such as Spain, Germany, even Finland. 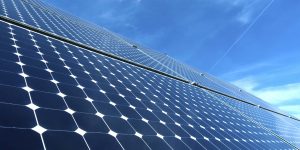 Another source of inexhaustible energy is wind energy. Wind farms are those power plants which collect kinetic energy from wind and converts it into electricity thru wind turbines. This technology has almost reached maturity after more than 150 years of research and development but further efforts are needed in this direction.

Energy from waste. Every city has to deal with thousands of tons of waste. Traditional garbage incineration facilities are associated with high level of toxic emissions. But growing climate, energy, and environmental concerns, coupled with technological developments and regulatory changes, have ignited new interest in waste as an energy source with the potential to provide renewable energy while reducing greenhouse gas emissions and the need for landfill space. Thus, numerous green technologies have been developed to transform this waste into consumer products: electricity, biogas, fertilizer etc.

“MEDICINE AND INTERDISCIPLINARY SCIENCES
IN THE SERVICE OF MAN,
IN THE XXI CENTURY”
26 – 28 May 2016

The official opening event will take placeat Hotel President from TirguMures, on 26 May.